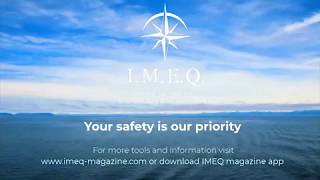 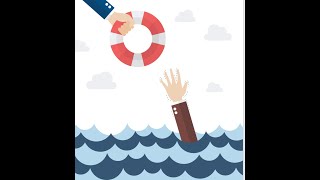 Traumatic events are very common in any society and people can be traumatized by any event they perceive as life threatening. Traumatic events such as family and social violence, accidents, war, natural disasters and assaults of any nature can traumatize people diminishing their sense of safety leaving them temporarily and in some cases incapacitated to cope with the event ( Schwarz, L., 2016). Individuals suffering major traumatic events may experience acute psychological distress and even more chronic symptomatology that leads to post traumatic stress disorder. Surviving major disasters may be readily identifiable as traumatic events that may lead to post traumatic stress disorder, but often there are less overt potential causes that set the stage for trauma that includes minor accidents, invasive dental procedures, minor injuries , sudden noises etc. ( Levine, P., 2008) .

Trauma can potentially affect individuals who may not be directly involved but become a witness to a traumatic event such as a serious injury , natural disaster ,war acts, physical or sexual assault of another person ; or exposed indirectly though learning about a traumatic event that occurred to a close relative or friend. It is important to bear in mind that, not all individuals who either directly or indirectly experience or witness a traumatic event will eventually develop PTSD. Research has shown that whether a potential traumatic event constitutes trauma depends on the perception of the individual and while many individuals develop transient stress or have adverse psychological reactions following exposure to trauma such as acute stress disorder, mild depression , increased aggression and decline in psychosocial functioning, not all develop more chronic disorders such as major depression, PTSD or major dissociative disorders (Schwarz L., 2016) .

Post- traumatic stress disorder ( PTSD) was first introduced in the third edition of the Diagnostic and Statistical Manual of Mental Disorders (DSM-III, 1980), following the study of combat veterans who manifested a range of psychological problems that included affect dysregulation, somatization, depression , dissociation and other symptoms that impacted their psychosocial and occupational functionality(Van der Kolk, B.A., 2003). In the United States the lifetime risk for PTSD is 8.7% while the twelve- month prevalence rate is about 3.5 %. Rates of PTSD is higher among veterans, individuals who are at increased risk for traumatic exposure, rape, war and genocide survivors.

The last few years the focus of trauma research has expanded in many areas beyond veterans of war or rape victims and implicating PTSD to a number of traumatic events that people may be exposed over the course of life. Traumatic events may involve direct physical assault or attack, robbery, mugging, childhood physical or sexual abuse, sexual violence, sexual trafficking, being kidnapped, taken hostage , being a victim of a terrorist attack, torture, war prisoner, natural or human made disaster and severe motor vehicle accidents . In addition to being a witness of violent assaults on another person, or indirect exposure via learning of traumatic events affecting close relatives or friends. Such events include violent personal assault, suicide , serious accidents or injuries (DSM 5).

Post traumatic stress disorder has been linked to a series of physical ailments, in a study of more than 10.000 patients with histories of severe childhood trauma, an increased risk for alcoholism , depression, drug abuse, increased risk of obesity, and even lung disease, cancer, stroke, diabetes and liver disease was noted (van Dee Kolk, B.A.). Military trauma has been linked to cardiac, gastro-intestinal and nervous system diseases leading to increased morbidity and mortality ( Pizzaro, M.A., Silver, R.C., and Prause, J., 2006 ) Women have twice the risk for developing PTSD due to biological differences and type of traumas experienced ; women’s trauma tends to be interpersonal such as sexual molestation, intimate partner abuse , whereas men are physically assaulted more often than women ( Kessler, 1995).

When people are exposed to trauma, their safety and security is shattered, and their efforts are focused on survival and protection. Their immediate response may include fear, numbness, shock confusion and while some respond with action or problem solving to ensure survival other may dissociate . According to trauma expert Van der Kolk,(2003) dissociation , which is the emotional detachment from the experience , right after exposure to trauma has been identified as an important predictor in the development of PTSD .

The significance of trauma in people’s lives is not new but the implications of trauma to the central nervous system and mental disorders is fairly new, as proliferating evidence in the field of neuroimaging reveals the profound effects of traumatic experiences on memory, emotional regulation, biological stress modulation and interpersonal relations.

During the past two decades advances in the field of neurobiology, has elucidated the psychophysiological reactions of PTSD which has led to the formulation of both theoretical and treatment models in understanding trauma as a causal factor for mental disorders. According to Mc Lean (1990) the brain serves as a device that detects and analyzes information for maintaining a balance between the internal and external environment to the organism. When individuals are exposed to potential traumatic events, profound changes in the brain circuitry occur. Neuroimaging studies in patients with chronic PTSD show a decrease of hippocampal volume ranging from 8% to 26% (Bremer et.al., 1995), increased amygdala arousal associated with increased emotional and hormonal changes affecting cognitive processes such as appraisal and categorization of events and information processing.

People in high risk occupations often experience incidents that set the ground for developing PTSD with some studies reporting a prevalence rate of 20% ( Skogstad et.,al. 2013) . While, work related post-traumatic stress disorder has been the focus of occupational health research practitioners, limited research has been conducted on the risk of PTSD among seafarers despite the associated risks of the profession . A 2014 study on British seafarers found that fatal accident rate for seafarers was 21 times of that found in the general workforce. Exposure to negative events such as fire aboard, medical emergencies or accidents, ship groundings, cargo damage, collisions, or witnessing death as a result of accident or suicide are quite high in this profession. Piracy and hostage captivity constitute additional factors that increase the risk for a potential trauma. Yet, the shipping industry given the transient nature of the seafaring, has not properly addressed the issue of PTSD despite the risks involved in the profession and the critical implications of PTSD (Simon Beechinor www.supermar.info)

The limited research on post-traumatic stress disorder has mostly focused on victims of piracy, citing that some 25% of former hostages manifest symptoms of PTSD while exposure to traumatic events other than piracy occurs more often than presumed since seafarers deal with many stressors onboard (Idnani, C., 2012). Post-traumatic stress disorder is a serious condition that negatively impacts the individual’s functioning, and has profound effects on cognitive processes such as memory, emotional regulation, biological stress modulation and interpersonal relations.